Is Albert Einstein’s Brain Different From us?

Today; I’m taking it to the next level (well, maybe only in this post). I’m going to do a long long post today and it’s about someone’s brain, you already saw the title so I don’t have to tell you again. But this is going to be a long one, that means if you don’t like reading you won’t like this… Anyway, I tried to make this shorter but I love reading so I really can’t make this shorter, every word is important. Enjoy the show!

Albert Einstein (14 March 1879 – 18 April 1955) was a German-born theoretical physicist. He developed the theory of relativity, one of the two pillars of modern physics (alongside quantum mechanics). Einstein’s work is also known for its influence on the philosophy of science. Einstein is best known by the general public for his mass–energy equivalence formula E = mc2 (which has been dubbed “the world’s most famous equation”). He received the 1921 Nobel Prize in Physics “for his services to theoretical physics, and especially for his discovery of the law of the photoelectric effect”, a pivotal step in the evolution of quantum theory. 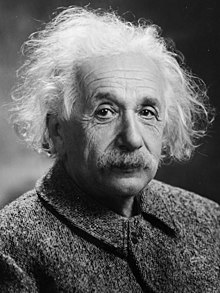 So my question is: is Albert Einstein’s brain different from us?

The brain of physicist Albert Einstein has been a subject of much research and speculation. Einstein’s brain was removed within seven and a half hours of his death. The brain has attracted attention because of Einstein’s reputation as one of the foremost geniuses of the 20th century, and apparent regularities or irregularities in the brain have been used to support various ideas about correlations in neuroanatomy with general or mathematical intelligence. Scientific studies have suggested that regions involved in speech and language are smaller, while regions involved with numerical and spatial processing are larger. Other studies have suggested an increased number of glial cells in Einstein’s brain.

Einstein’s autopsy was conducted in a lab at Princeton Hospital by pathologist Thomas Stoltz Harvey shortly after Einstein’s death in 1955. Harvey removed and weighed the brain at 1230g. Harvey then took the brain to a lab at the University of Pennsylvania where he dissected Einstein’s brain into several pieces; some of the pieces he kept to himself while others were given to leading pathologists. He claimed he hoped that cytoarchitectonics would reveal useful information.

Harvey injected 50% formalin through the internal carotid arteries and afterward suspended the intact brain in 10% formalin. Harvey photographed the brain from many angles. He then dissected it into about 240 blocks (each about 1 cm3) and encased the segments in a plastic-like material called collodion.Harvey also removed Einstein’s eyes, and gave them to Henry Abrams, Einstein’s ophthalmologist.

Whether or not Einstein’s brain was preserved with his prior consent is a matter of dispute. Ronald Clark’s 1979 biography of Einstein states, “he had insisted that his brain should be used for research and that he be cremated”, but more recent research has suggested that this may not be true and that the brain was removed and preserved without the permission of either Einstein or his close relatives. Hans Albert Einstein, the physicist’s elder son, endorsed the removal after the event, but insisted that his father’s brain should be used only for research to be published in scientific journals of high standing.

In 1978, Einstein’s brain was rediscovered in Harvey’s possession by journalist Steven Levy. Its sections had been preserved in alcohol in two large mason jars within a cider box for over 20 years. In 2010, Harvey’s heirs transferred all of his holdings constituting the remains of Einstein’s brain to the National Museum of Health and Medicine, including 14 photographs of the whole brain (which is now in fragments) never before revealed to the public.

More recently, 46 small portions of Einstein’s brain were acquired by the Mütter Museum in Philadelphia. In 2013, these thin slices, mounted on microscope slides, went on exhibit in the museum’s permanent galleries.

Harvey had reported that Einstein had no parietal operculum in either hemisphere, but this finding has been disputed. Photographs of the brain show an enlarged Sylvian fissure. In 1999, further analysis by a team at McMaster University in Hamilton, Ontario revealed that his parietal operculum region in the inferior frontal gyrus in the frontal lobe of the brain was vacant. Also absent was part of a bordering region called the lateral sulcus (Sylvian fissure). Researchers at McMaster University speculated that the vacancy may have enabled neurons in this part of his brain to communicate better. “This unusual brain anatomy…[missing part of the Sylvian fissure]… may explain why Einstein thought the way he did,” said Professor Sandra Witelson who led the research published in The Lancet. This study was based on photographs of the whole brain made at autopsy in 1955 by Harvey and not a direct examination of the brain. Einstein himself claimed that he thought visually rather than verbally. Professor Laurie Hall of Cambridge University, commenting on the study, said, “To say there is a definite link is one bridge too far, at the moment. So far, the case isn’t proven. But magnetic resonance and other new technologies are allowing us to start to probe those very questions.”

In the 1980s, University of California, Berkeley professor Marian Diamond received four sections of the cortical association regions of the superior prefrontal and inferior parietal lobes in the right and left hemispheres of Albert Einstein’s brain from Thomas Harvey. In 1984, Marian Diamond and her associates were the first ever to publish research on the brain of Albert Einstein. She compared the ratio of glial cells in Einstein’s brain with that of the preserved brains of 11 other males. (Glial cells provide support and nutrition in the brain, form myelin, and participate in signal transmission, and are the other integral component of the brain, besides the neurons.) Dr. Diamond’s laboratory made thin sections of Einstein’s brain, each 6 micrometers thick. They then used a microscope to count the cells. Einstein’s brain had more glial cells relative to neurons in all areas studied, but only in the left inferior parietal area was the difference statistically significant. This area is part of the association cortex, regions of the brain responsible for incorporating and synthesizing information from multiple other brain regions. A stimulating environment can increase the proportion of glial cells and the high ratio could possibly result from Einstein’s life studying stimulating scientific problems. The limitation that Diamond admits in her study is that she had only one Einstein to compare with 11 brains of normal intelligence individuals. S. S. Kantha of the Osaka Bioscience Institute criticized Diamond’s study, as did Terence Hines of Pace University. Other issues related to Diamond’s study point out glial cells continue dividing as a person ages and although Einstein’s brain was 76, it was compared to brains that averaged 64 in age (eleven male brains, 47-80 years of age). Diamond in her landmark study “On the Brain of a Scientist: Albert Einstein” noted that the 11 male individuals whose brains were used in her control base had died from nonneurologically related diseases. She also noted that “Chronological age is not necessarily a useful indicator in measuring biological systems. Environmental factors also play a strong role in modifying the conditions of the organism. One major problem in dealing with human specimens is that they do not come from controlled environments.” Additionally, there is little information regarding the samples of brains that Einstein’s brain was compared against such as IQ score, or other relevant factors. Diamond also admitted that research disproving the study was omitted. His brain is now at the Mütter Museum in Philadelphia and two of the 140 sections are on loan at the British Museum.

Scientists are currently interested in the possibility that physical differences in brain structure could determine different abilities. One part of the operculum called Broca’s area plays an important role in speech production. To compensate, the inferior parietal lobe was 15 percent wider than normal. The inferior parietal region is responsible for mathematical thought, visuospatial cognition, and imagery of movement.

Dr. Dahlia Zaidel of the University of California, Los Angeles, examined two slices of Albert Einstein’s brain containing the hippocampus in 2001. The hippocampus is a subcortical brain structure that plays an important role in learning and memory. The neurons on the left side of the hippocampus were found to be significantly larger than those on the right, and when compared with normal brain slices of the same area in ordinary people, there was only minimal, inconsistent asymmetry in this area. “The larger neurons in the left hippocampus, Zaidel noted, imply that Einstein’s left brain may have had stronger nerve cell connections between the hippocampus and another part of the brain called the neocortex than his right. The neocortex is where detailed, logical, analytical and innovative thinking takes place, Zaidel noted in a prepared statement.”

A study published in the journal Brain in September 2013 analyzed Einstein’s corpus callosum – a large bundle of fibers that connects the two cerebral hemispheres and facilitates interhemispheric communication in the brain – using a novel technique that allowed for a higher resolution measurement of the fiber thickness. Einstein’s corpus callosum was compared to two sample groups: 15 brains of elderly people and 52 brains from people aged 26. Einstein was 26 in 1905, his Annus Mirabilis (Miracle Year). The findings show that Einstein had more extensive connections between certain parts of his cerebral hemispheres compared to both younger and older control group brains.

11 Replies to “Is Albert Einstein’s Brain Different From us?”