Well, the last time, we tried to melt copper (II) sulfate, and it didn’t work at all. But there’s this water vapor from it: 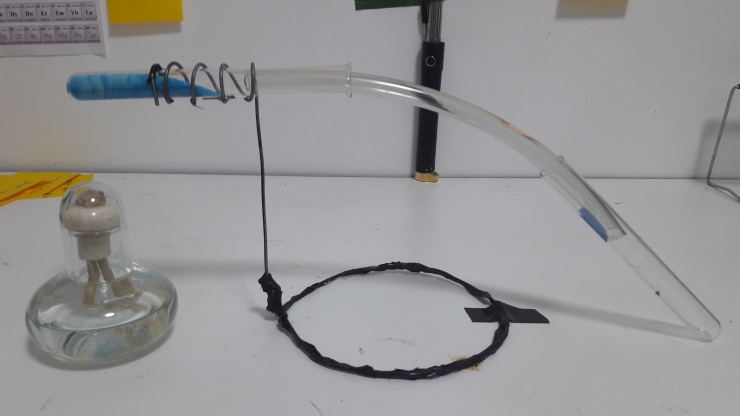 OK, I’ve setup this apparatus to extract the liquid. On the top left is the copper sulfate in a test tube. I’m going to heat it up and water vapor will go into the plastic tube and go into the test tube.

Turned on the heat and we just need to wait. 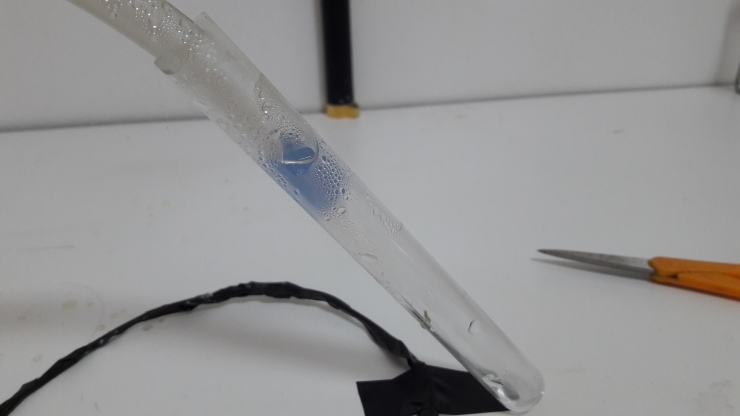 There is so much water coming in!

I turned off the heat because most of the water is extracted, I’m going to put some more in there.

I added a new load of copper sulfate to get more liquid, but… the test tube…. 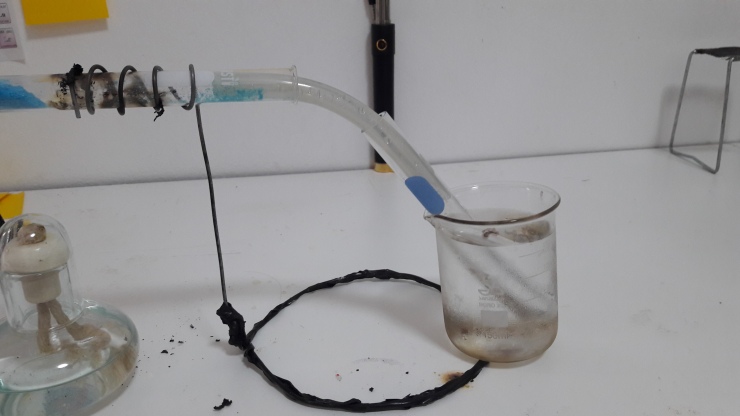 I added some cold water in the beaker on the test tube that’s receiving the liquid because I think that using a cold temperature will turn the water vapor into drops of water before the water vapor escapes from the test tube.Water vapor turns into liquid droplets when cooled. That is called condensation, it’s the opposite of evaporation. Let’s see if this works. 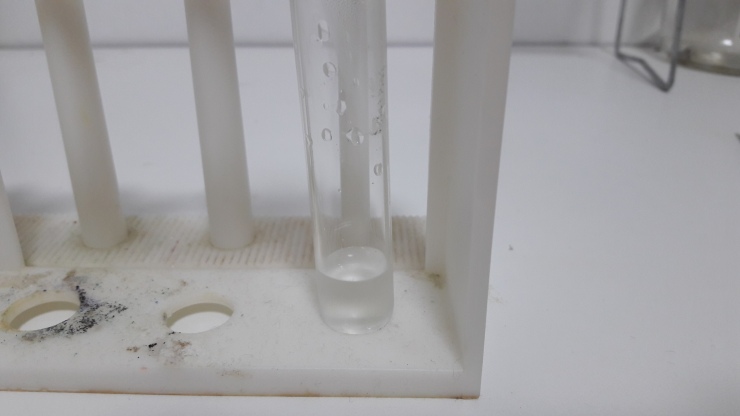 All right, finished. I think the second method works better. And the best thing is: we got some liquid! I’m going to make a separate post about testing this liquid.

But… the test tube… It’s gone…